You may have noticed that ROGUE ONE: A STAR WARS STORY has been out for ten days and yet I’ve been oddly… 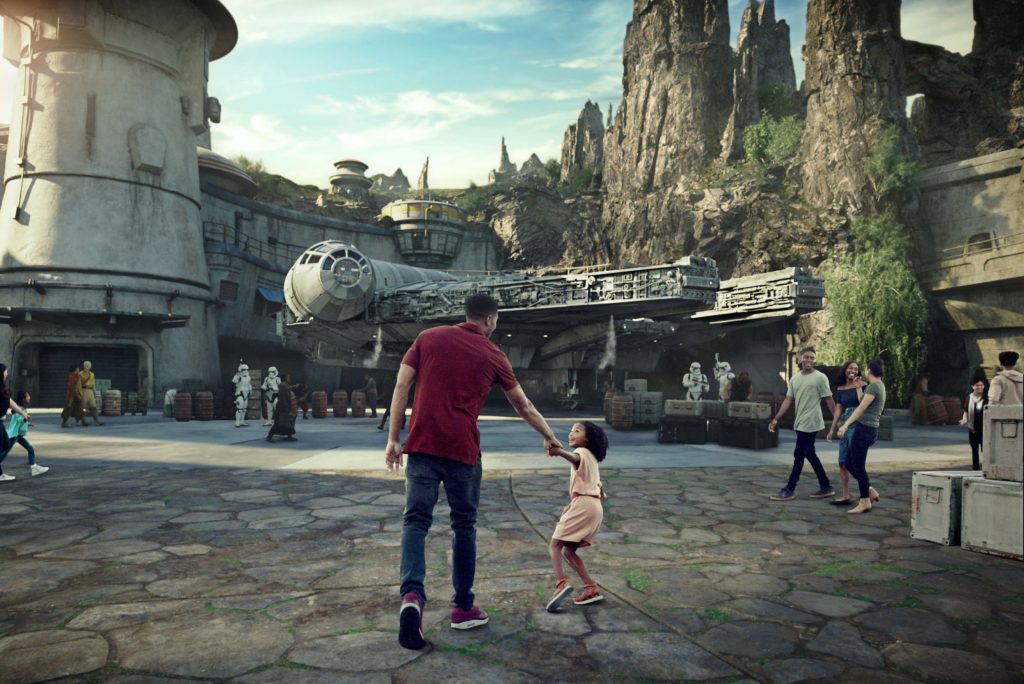 You may have noticed that ROGUE ONE: A STAR WARS STORY has been out for ten days and yet I’ve been oddly silent. I haven’t posted any reviews of the film despite my excitement and enthusiasm. I felt that I couldn’t fully give the movie a good review without revealing some important scenes and I know that the surely by now the die hard fans have all seen the movie. Since I’m a mother I think in terms of my own kids and whether or not they can see ROGUE ONE. My son is chomping at the bit to see ROGUE ONE so the question remains:

Can my child see ROGUE ONE: A STAR WARS STORY?

Here’s your big warning….there are SPOILERS below so if you still haven’t seen the film and don’t want to be spoiled STOP READING.

I had the privilege of attending the press junket for ROGUE ONE in San Francisco at the beginning of December. You can read all about it here. I also got the chance to attend an advanced press screening for the film a week before it came out. I’ve had lots of time to reflect on the film which is important because I was quite emotional after seeing it. There’s a reason for that though and this is why it was so good that I waited a bit before writing about this.

You see, when you attend these press trips, Disney sets up the opportunity for you to interview the stars and director of the film. During this trip, I had the chance to interview Felicity Jones, Diego Luna, Riz Ahmed, Donnie Yen, director Gareth Edwards, and Mads Mikkelson, Alan Tudyk and Ben Mendelsohn. Every single person we interviewed was so personable with us. In this industry, I’ve quickly learned that while most brands and obviously Disney, views mom bloggers as a powerful force at creating buzz, the general media does not feel the same way. The actors and the director of  ROGUE ONE were so respectful towards us. It was refreshing since we were mixed in with the members of the press at various times over the course of two days.

If you’ve been paying attention to the buzz surrounding ROGUE ONE you’ll know that the film is about the group of Rebels who steal the plans for the Death Star. In the film STAR WARS: A NEW HOPE, the crawl tells us that it’s a time of war and the plans for the Death Star are in possession of the Rebels. There is no mention of the Rebels who were part of the team to steal the plans; we don’t know their names or who they are. If you think hard enough you can get what I’m saying and this is the crux of my own decision about whether or not my child can see ROGUE ONE.

No one makes it out alive by the end of the film. Not one person.

If your kid has seen any of the STAR WARS films the battle scenes in ROGUE ONE are not going to phase them at all. It will be familiar territory.

Again, for the child who is a STAR WARS fan, there aren’t any new creatures that stand out to me as scary or creepy. There’s one scene toward the beginning that younger children (age 5 and under) will probably be frighted of, however, I think an older child will not think too much of it. It’s fleeting as well.

There aren’t any. Honestly, there’s a hint of two characters having a romantic interest, however, it’s very small and doesn’t affect the story much.

Emotional Aspect of the Film

The final scene of the movie and what happens to all of the characters is the only part of the film where I question whether or not my child can handle the mature emotional demands of dealing with a clear death scene. It’s not gory; you don’t see any of the characters die per say, however, you know what happens to the characters.  Dealing with death and the feelings that surround it, can be troublesome for some children so be ready to have lots of discussions if your child wants to talk.

Honestly, my only reservation about whether or not a child can see the film is based purely on the emotional maturity of the child. You know your child best. As for my child, we will be taking him to see the movie.

Have you seen the film? Did you take your child?

Follow ROGUE ONE: A STAR WARS STORY on social media!​_

ROGUE ONE: A STAR WARS STORY arrives in theaters everywhere on December 16th in RealD, 3D, and IMAX 3D!