This is the fourth post in the Busy Mom’s Guide to the Gilmore Girls blog series if you haven’t read part one, part two or part three,… 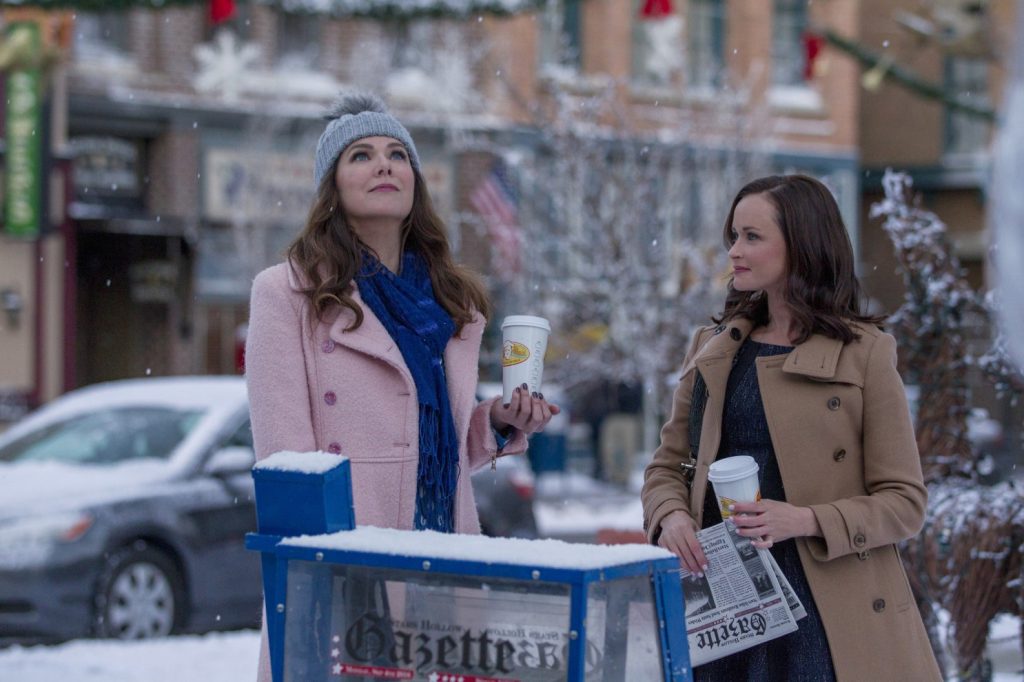 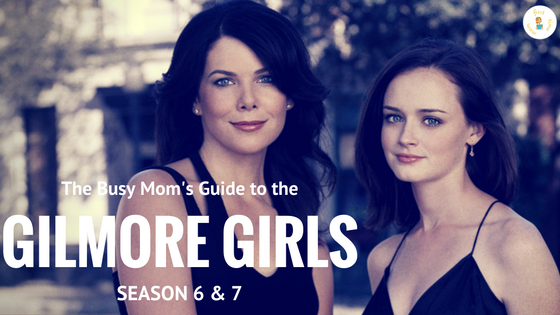 This is the fourth post in the Busy Mom’s Guide to the Gilmore Girls blog series if you haven’t read part one, part two or part three, head on over and read all about seasons one,two, three, four, and five. Season 6 is the last season the Palladinos worked on and I’ll be honest, you can definitely tell in Season 7. The 7th season was just kind of discombobulated so I’ll hit on the important episodes but really you aren’t missing much.

Netflix’s Gilmore Girls: A Year in the Life is airing exclusively on Netflix on Friday, November 25th, but you’re a busy mom and you didn’t watch Gilmore Girls when it originally aired; what’s a girl to do? The answer is simple: Read our guide and you’ll fly through all seven seasons by November 25th.

The Busy Mom’s Guide to the Gilmore Girls – The must-see episodes from Season 6 & a few from Season 7; watch now so you’re ready for Gilmore Girls: A Year in the Life coming to Netflix on Thanksgiving Day.

“New and Improved Lorelai”, 6.01 – As usual, I’m going to suggest that you watch the season premiere of each episode. This one picks up where we left off in Season 5. Lorelai and Luke start to make plans for their future but Luke find that as more of Stars Hollow finds out that Lorelai was the one who popped the question he becomes embarrassed. Still hurt by Rory’s bad life choice, Lorelai decides that her parents can take care of Rory from now on. Richard and Emily hire one of their friends to be Rory’s lawyer and she is sentenced to 300 hours of community service. Logan throws Rory a felon party.

“Always a Godmother, Never a God” 6.04 – In an attempt to bring Lorelai and Rory together Sookie asked both Gilmore girls to be her children’s godparents. That, however, blows up in her face when another fight (this is the second) between the mother and daughter duo ensues when Lorelai realizes that Rory changed her phone number and gave it to Sookie but not her. Logan’s dad is still putting pressure on him to take over the family business so Logan whisks Rory off to New York City to play and escape adulthood.

“Twenty-One is the Loneliest Number” 6.07 – It’s a day Lorelai and Rory have been planning together for as long as Rory could remember: Her 21st birthday. The only problem is that both mom and daughter are still on the outs with each other. That leaves Emily to plan a 21st birthday party for Rory and it is definitely not what Lorelai had in mind. Richard and Emily invite their pastor over for dinner one evening and Rory discloses that she and Logan are sleeping together. This alarms the grandparents and they insist on Rory moving out of the boathouse and into the main house with them so they can keep an eye on her. During the party, Lorelai attends and the two finally have a cordial conversation.

“Let Me Hear Your Balalaikas Ringing Out” 6.08 – FINALLY. Rory realizes the mistake she made by dropping out of Yale. Who helps her come to this decision? Jess. (I’m #TeamJess.) Jess meets Logan for the first time and is not impressed.

“The Prodigal Daughter Returns” 06.09 – This episode is the one we’ve been waiting for all season: Rory comes home to Stars Hollow. Let the healing begin. This middle schooler comes to the diner because she has an interesting science fair project she’d like Luke to participate in. 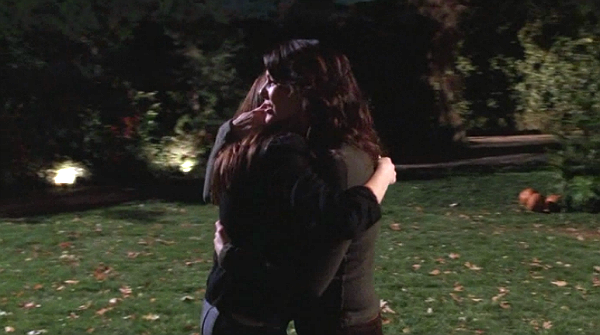 “Friday Night’s Alright for Fighting” 6.13 – Luke tries to figure out how to be a dad to April while Lorelai comes to grips with the reality that her engagement to Luke needs to be put on hold while he figures out his way through fatherhood. Paris is completely disorganized and that leaves Rory to clean up the mess  at Yale Daily News when the entire staff quits. Lorelai announces to Emily and Richard that they no longer need to pay for Rory’s tuition at Yale and this erupts into the biggest Friday night dinner fight scene where each Gilmore is able to adequately talk through their feelings. Logan, who is trying to win back Rory after Rory’s encounter with Jess, stops at nothing to get her back. Will he be successful? 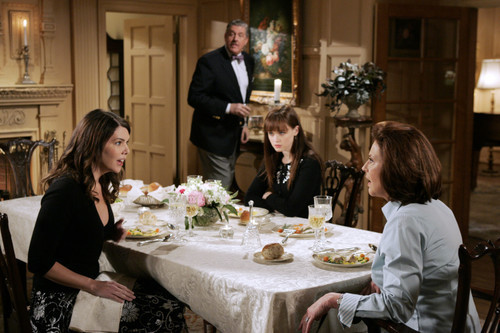 “Partings” 6.22 – The season’s finale is the last Gilmore Girls episode that creator Amy Sherman-Palladino wrote until the revival which airs this Friday on Netflix. Much of what happens in Gilmore Girls: A Year in the Life hinges on the events of this finale. Unfortunately for the seventh season show runner, David S. Rosenthal, many of the loose ends in this finale kind of hung around like an unraveling sweater. It was a challenging place to be in and I really give the guy a good pat on the back for trying to continue the story of the Gilmores but without Sherman-Palladino at the helms, the show just felt discombobulated. Even with its raw emotions and undone story lines you still need to watch this episode.